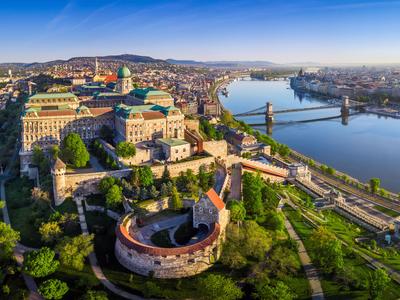 Výhody: "Fast flight"
Nevýhody: "As always delay and on buda airport pretty chaos during off board but not due ryanair staff but wrong airport organization"

Výhody: "Nothing. Wiorst flight ever!"
Nevýhody: "Ryan air has a paid checkin policy that we were not aware of. It was not written properly in the tickets or in any checkin prompts. Since we were traveling I couldn’t check in online. So reached the airport very early but they charged me to check in, that too a ridiculous amount of 100$. The crew was generally rude and non welcoming. The aircraft stops at the middle-of the airport in Budapest and we had to walk a very long stretch to get to the airport in the cold since the plane was not connected to a gate. For sone confusion they stopped boarding in the middle and passengers had to stand in the freezing cold , outside the aircraft , in the middle of the airport for a very long time. Hated the flight. Charges you for every single think you can think and not think off. Every passenger seemed frustrated"

Výhody: "Nice crew and helpful check in person."
Nevýhody: "We waited outside in the heat for 35 minutes. Insane! How is that a “priority” experience?! We were all drenched in sweat before take off?! Horrible!"

Nevýhody: "Be careful with the bag. They didn't accept my carry on despite I paid for it, saying it was to big. When trying to pay they told me that only with EUROS. Didn't accept neither my credit cards (they accept only Europe issued CC) not USD. I couldn't retrieve money from an ATM either."

Výhody: "Nothing"
Nevýhody: "Everything,flight was delayed an hour and we just had to sit on the plane for the hour with nothing said to us"

Výhody: "The price of the ticket was cheap..."
Nevýhody: "But we paid for it with our luggage. The staff was extremely unhelpful. They sneak up on you with extra charges. Not worth it! Rather use my money for a better flight and be more comfortable. They didn't even have water on the flight that I could have without purchasing."

Výhody: "- very kind and professional crew"
Nevýhody: "- boarding was late - did not get actual notice that plane IS GOING to be slightly delayed (only email that it MIGHT happen)"

Výhody: "price"
Nevýhody: "Uncomfortable chairs, late boarding, even then- a lot of waiting. No entertainment."

Nevýhody: "The gate staff did not make it clear where and when passengers with Priority seating should stand in line."

Výhody: "We landed without dying."
Nevýhody: "To start off with there was only ONE person checking people in before the flight, so it took forever. Then the guy at check-in told us we were already supposed to have our boarding passes printed out and that he was not able to print them for us. Basically, it was a "figure it out for yourself" sort of situation. We went to another counter, not even directly associated with Ryan, and a very nice gentleman there printed our passes for us. He also seemed really confused as to why the Ryan Air employee wouldn't print them for us. Then, we weren't given a gate assignment until 20 mintues before the time we were supposed to board. How do you expect your customers to be prepared if you can't even tell them where they are supposed to go until the last minute? Then they made us board a bus to take us to the plane on the tarmac which was not a big deal. But they made us stand on the bus for 20+ mintues before they took us over to the plan. The bus was completely full, so it's not like they were waiting to load more passengers. The doors to the bus were open, so it was freezing cold (our flight was late at night) and we were forced to breath in exhaust fumes from the bus the entire time! The flight was also an hour delayed!!! I know it's a super cheap ticket, but do yourself a favor and spend a little more money to fly on an airline that actually knows what they're doing. This is my first and most definitely LAST time flying on Ryan Air. If I could give zero stars, I would."

Výhody: "it was 1 hour flight so it was really great"
Nevýhody: "nothing"

Nevýhody: "The flight was delayed for over two hours, but there was no reason given and we were left waiting with no idea what was going on."

Výhody: "We made it."
Nevýhody: "Boarding was very slow. Had to take a bus to the plane, not even water to drink."

Výhody: "The lines to check in do not wrap around like most airlines- we stood on a line for over an hour and weren’t even near the front. Then they announced anyone on our flight needed to go to s different line to check in as we were nearing boarding time. In the rush we lost a jacket and no one from Ryan Air. Could care less. Not one smiling face! Awful!!!"
Nevýhody: "Have one line for check in and then passengers can check in in order- quite fair! There was someone with a problem at the front of our line and we were dtuck there for over an hour!"

Nevýhody: "Was one of the worst flights I’ve ever taken. No information, no updates, no announcements until 15 minutes after flight was supposed to leave. No ground staff apart from one lady who worked for the airport who was incredibly rude and unhelpful. They loaded the Dublin flight through the same gate we were supposed to be flying from and we’re putting them on buses keeping them there 10 minutes pulling them off the buses, putting them back on the buses. It was an absolute joke. On the flight the cabin crew were slow, again no information at all. Just stood there looking useless and chatting ignoring passenger call lights. We landed in Stansted and they couldn’t open the gate as the ground staff “couldn’t find the key” keeping us on the plane for an extra 10-15 minutes with no AC. Terrible experience would never book Ryanair ever again."

Výhody: "Staffs are very helpful."
Nevýhody: "Should get some drink at least some water."

Výhody: "Price."
Nevýhody: "Cramped, uncomfortable seats that do not recline. Inattentive flight attendants. Poor beverage service, like they were trains to offer nothing unless you tackled a flight attendant as she raced by. Packed transit tram to plane: priority peopleeaitedin the idling tram while everyone for the flight came down. Never again! Price or not!"

Výhody: "Fair service for the amount spent"
Nevýhody: "All good"

Výhody: "Quick flight, friendly staff and pilot deserves credit for taking off in horrible weather conditions"
Nevýhody: "No fault of the staff but we were an hour late boarding and I missed my connecting bus"

Výhody: "On time, short flight so comfort not a big issue, basically you get what you pay for and you don't pay a lot."

Nevýhody: "two roads with Ryanair, each time delay of about one hour"

Výhody: "Flight to Budapest from Stansted airport took off on time and landed 40 minutes early. The flight home was on schedule and I had an aisle seat both ways, couldn't ask for more."
Nevýhody: "Due to the high volume of passengers on the flight we had to put our luggage in the hold (for free) in both directions which caused a minor delay in our onward journey but nothing significant."

Výhody: "Flight was quick and easy."
Nevýhody: "Boarding process was a little slow."

Nevýhody: "It got 1 hour delayed and they warn after everyone was standing in line ready to board"

Výhody: "Price is good"
Nevýhody: "Called to gate only to then have to wait over an hour before boarding. No info given just stood there like lemons. Also they do their upmost to make you pay to sit next to each other! I know they are trying to make as much profit as poss but just annoying."

Výhody: "The staff was kind and very helpful"
Nevýhody: "The fees for if you forgot to check-in online was a bit ridiculous..."

Výhody: "Lots of interEuropean routes."
Nevýhody: "Online check-in is mandatory but unless I'd checked online I would not have known and been charged £50 at the airport counter during bag drop. This is an unethical cash machine for Ryanair that penalises travellers who might not be computer literate or online - a big brand turnoff."

Výhody: "Nothing."
Nevýhody: "Everything, firstly I checked in early as recommended to find that my wife and I were not sat together. It gave me the option to change one of our seats, stating that it would only increase in cost if we select a more expensive seat. It turns out there were more free seats than reserved but to sit next to my wife (without changing hers) it was going to cost £10, no idea why as they hadn't selected her a more expensive seat. Guess what.....the exact same happened when checking in on our return journey, can't wait to board the plane in a couple of days! When arriving at the airport it is clear Ryanair are removing staff to keep cost down with no care for passenger satisfaction, you check your bags in automatically which appears a scam for over weighing your cases and charging you without having to speak to you. It coat us £10 for being over a kilo, we didn't believe we were but paid it as we thought we had no choice because no staff were close by. A couple beside us were supposedly 3 kilos over and believed this to be incorrect, they kicked off enough of a fuss to be able to go check in face to face and not pay a single penny, doesn't quite seem fair? The final nail in the coffin was the fact that at 8.45 (our supposed departure time) we were stuck in a huge queue watching people get off the plane we were due to board. No delays or hold ups had been announced yet we should have been boarding at 8.15 and told to go to our gate as normal for this time. No plain in sight and when it arrives we can't go straight on as people are getting off it! All in all Ryanair have been awful so far and I am dreading our flight home!"

Výhody: "Friendly Staff"
Nevýhody: "We paid for priority boarding and then we're put on a bus and told to stand. When the bus stoped everyone dashed to the entrance and we were one of the last people to get on board."

Výhody: "Flight was smooth, plane was comfortable, staff very nice"
Nevýhody: "I did not appreciate having to obsess for weeks about the luggage restrictions and whether we met them; the fact that we had to arrive with a printed boarding pass in hand. -- when you are traveling that is not easy. The flight turned out to be just fine, but I was expecting to be hit with another charge right up to the moment we got on the plane. Were we just lucky?"

Výhody: "Cabin crew were brilliant and dealt with all questions with ease. Well trained team and immaculate appearance."
Nevýhody: "Rough landings but not sure if that's due to aircraft model."

Nevýhody: "I did not like not knowing which gate was being used until 45 minutes prior to boarding. People who are regulars were able to queue up before those of us who did not know where we were heading. The baggage information is confusing; you can not be sure whether or not your bag will get on without a charge, but then when you get to the airport, the charge is greater than it would have been if you had more consisten info to start."