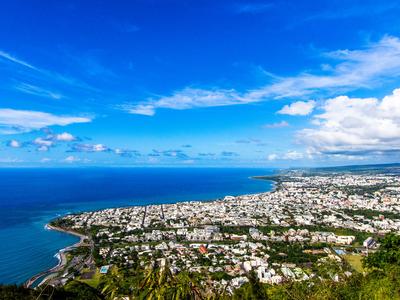 Nevýhody: "Air France’s apathy towards its customers is shocking. Traveling with three children , our flight was delayed by 3hrs resulting us arriving in Paris after 1AM. With the airport shuttle(CDVAL) to our airport hotel closed, they offered no assistance despite of my request. Simply asked us to take a taxi (when all taxi stands are abandoned at 2AM). Beware if traveling with family."

Výhody: "Crew asked us if we’d like to move to an empty row to be more comfortable without us even requesting it."
Nevýhody: "Bigger coffee cups? Really nothing to complain about. Everything I would expect from a flight. A++"

Nevýhody: "Seats were too close together."

Výhody: "More space in business class (777-300) than many other airlines."
Nevýhody: "Entertainment very limited. No adjustable air vents in this aircraft"

Nevýhody: "They made me check my carryon rolly which is allowed on every other plane in the world, which meant going all the way back into a chaos of hundreds of people to check in. Because I had a connecting flight to New York in London, the check in caused many problems...and everything inside soaking wet"

Výhody: "Crew was ok and servicial"
Nevýhody: "Food and reception at door of boarding"

Výhody: "Left on time. No turbulence."

Výhody: "Flight was in time"

Nevýhody: "It was a great flight can’t think of anything"

Výhody: "The crew was helpful and accommodating"
Nevýhody: "The flight was delayed, missed connection, and lost baggage. Subpar."

Výhody: "FA kept bumping into my seat waking me up"
Nevýhody: "Return the 777 to 9 across"

Výhody: "The staff were very helpful and professional. The air hostesses regularly checked if I was ok and showed concern when I wasn’t. They made what seemed a bad situation seem bearable."
Nevýhody: "The food was not very nice and the option I wanted had run out. The entertainment was faulty and had to be reset several times. The comfort was below standard and needs to be improved."

Výhody: "Just a routine flight but done with perfect execution."
Nevýhody: "Nothing."

Výhody: "Friendly crew, good meal and entertainment"
Nevýhody: "Boarding agent forced me to check in my carry-on even though the carry-on fit in the cage and fullfilled all the requirements. I specifically called Air France prior to the flight to make sure I won’t have any issues as my 1st flight was operated by Delta and I wanted to confirm the luggage requirements were the same. My carry-on weighted only 5 kilos. I was extremely upset the way I was treated w/ the boarding agent behind the counter in Prague. On the top of that, her and the supervisor were very rude to my mom as they told her she had an extra carry-on which wasn’t the case. She traveled w/ a small briefcase where her mask for sleep apnea was. This is not considered an additional carry-on. The boarding agent (Czech lady and her supervisor) were not only rude but obviously lacked knowledge as well. My carry-on suitcase would easily fit in the overhead bin plus there was plenty of space inside the plane as it the flight wasn’t completely full."

Výhody: "On time."
Nevýhody: "Did not seat together passengers, although booked and checked in at the same time."

Nevýhody: "Flight was delayed by 1h30min, so we arrived very late"

Výhody: "Average"
Nevýhody: "I leave my jacket in the hanger when I get off the airplane I realized that they didn’t gave it to me. I inmeadiatly tey to go back but I couldn’t I went to the counter and they said that there was noting on the plane !"

Výhody: "Offering a drink on such a short flight is appreciated albeit unusual these days. Crew was very professional and friendly."

Výhody: "The crew, the service, the food and beverages"
Nevýhody: "The 3 hours delay"

Výhody: "On time after latish start"
Nevýhody: "Staff took carryon bags even for skypriority even tho lots of room in overhead, allegedly to speed deplaning. Nowarning to repack. Infuriating and stubborn staff!"

Výhody: "Good service at gate and on board"

Výhody: "Crew was nice and responsive"
Nevýhody: "The overall experience is regular at best"

Výhody: "Option to upgrade seat which I didn't take but might for outbound red eye flight in future."
Nevýhody: "Faulty toilet meaning longer queues for the loo. Crew were a bit haphazard in serving food and my row was missed out for coffee after dinner."

Nevýhody: "The leg-space is very narrow The chair is very tiring No entertainment at all Food was tasteless But most surprising was that we were on stand by for our connecting flight. Though we bought the tickets months ago and we got our luggage checked in all the way to the final destination."

Výhody: "The flight crew was excellent. My husband and I flew economy and I saw the crew keep passengers well fed (several meals and snacks) and were attentive to everyone's needs and all done with a smile. I thought the hot towels for cleansing our hands before meals was a very nice touch!"

Výhody: "Lovely crew, clean toilets"
Nevýhody: "It's an a380, stains everywhere, aisles between seats narrow even for business, caos at CDG, no clear queues, ground staff shout at passengers, food selection good but huge gap between describtion and reality, in JFK we waited for 30 minutes cause the docking spot was too narrow for the captain, sky priority? The economy got their bags before 1st and business."

Výhody: "Efficient check-in."
Nevýhody: "It was raining in Prague so I can understand that luggage is going to get wet. But when we opened our luggage at least half of our clothes were wet. It would seem that the luggage sat out for quite a while prior to departure for that much soaking of clothes. Fortunately we are staying in Paris for a few days and can get our clothes dried out."

Výhody: "Best flight I've ever flown. Blankets and pillows provided with many options for movies."

Výhody: "cookies were great"
Nevýhody: "we paid for two seats together (one aisle and one middle) an exit row with extra legroom from paris to LA. but when we got to Prague they had one of us in the middle seat in the exit row and the other in a completely different part of the plane, also a middle row. The folks in Prague couldn't fix this, they moved one ticket to a different exit row, not together, different part of the plane. In Paris, but ONLY after I located my receipt on my phone, they moved us to the seats we had paid for."

Nevýhody: "Flight was delayed by 1 hour 30 minutes. After over 24 hours of travel this was not appreciated. Also no lounge access at Toronto airport."

Výhody: "Not much"
Nevýhody: "Ground service at check-in was very poor: Misinformation and failure to provide a level of service that other SkyMiles partners provide for Gold level traveler."

Nevýhody: "Disorganised boarding with people allowed to bring on multiple and oversize bags that by the airlines own admission delayed departure"

Nevýhody: "My entertainment system did not work for the whole 8 hours. Seats were uncomfortable. The lights above the seats broken."

Výhody: "Air France is the worst company I have ever flown with. They changed our seats last minute. They where late both flights. Not worth the stress if your layovers are short. Also they took my passport with no explanation of why into another room with out my permission."

Výhody: "The flight crew was excellent in accommodating the passengers. One specific flight attendant was very patient in dealing with a continuously demanding passenger by being helpful and firm at the same time; a difficult combination of skills."
Nevýhody: "The ground crew in CDG was very disappointing and unprofessional and very specifically in the luggage area. When I was told that my carry on luggage exceeded the allowed weight I argued that my luggage was weighed in Cairo and that it was less than the 12 Kg allowed weight. The Air France attendant then waved with annoyance to speak with her supervisor. When I approached her supervisor, who was speaking with another Air France employee, she looked annoyed and said just just to to booth #7 or 8 that handles excess luggage issues. My reaction is to avoid traveling through CDG in the future and I will focus on flying with Lufthansa."

Výhody: "Professional and helpful crew."
Nevýhody: "Food - two meals, one "hot pocket" item in each. Was not good. Noise level in the back of the plane from engines, very loud. Difficult to hear with headphones, volume very very high. Tray table was difficult to latch, recline feature of seat did not hold in place, bounced."