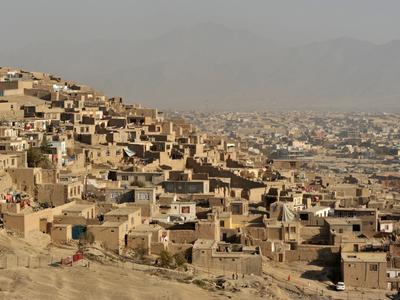 Nevýhody: "Seat was very uncomfortable and in-flight entertainment screen did not function properly"

Nevýhody: "I'm only 5'4" and felt like a stuffed sausage in those seats. I've never experienced such little leg room and I don't know how taller people even sit in those seats. 90% of the screens were not working at all and were burning hot to touch. Also, what's up with the spray they use along as they walk along the overhead storage bins (insecticide?). We all had to cover our nose/mouths as they walked by. Will completely avoid FlyDubai for any future flights."

Výhody: "It was suck"

Výhody: "Nice crew."
Nevýhody: "Boarding was not efficient. Shuttle took passengers to plane but had to stay on bus for 10 minutes prior to boarding. Boarding both ends of the plane made it difficult for people to get to their seats."

Nevýhody: "The crew could have been friendlier and nicer."

Nevýhody: "To Give water to the passengers, Make entertainment free of charge."

Výhody: "All good"
Nevýhody: "No water service Thats all"

Výhody: "We were pleasantly surprised at the roominess of the aircraft. We went expecting cramped spaces, but this was comfortable, even for a nearly 7 hour flight."
Nevýhody: "Nothing really."

Výhody: "Very pleasant crew"
Nevýhody: "No leg spaces even for children. You can’t get even one glass of water for free. Pay or die."

Výhody: "Helpfulness of checkin staff, as I was running late due to a traffic accident."

Výhody: "Service everything"
Nevýhody: "Nothing"

Výhody: "Good airline for a 3 hour journey...value for money."
Nevýhody: "Most of the display units across the flight did not work properly."

Výhody: "Leg room was okay on the flight. The meal served was excellent and the portion was just right. It was a nice surprise for a flight of it's length. We were happy with the overall experience of the airport staff and the airline crew. The seating area at the gate was the most comfortable of all terminals we passed through"

Nevýhody: "The flight was held on the tarmac for nearly 40 minutes. It was a full flight with no air ventilation and the heat was overwhelming."

Výhody: "Nothing"
Nevýhody: "Everything. I booked a flight Prague to Dubai and return with Emirates and flew Prague to Dubai on a very nice Emirates A380 800, nice seats, nice "free" food and drink profesional crew. Return was coad shared on cheap FlyDubai, bad seats, kept hitting my knees on the seat in front had to buy drinks and snacks. If I wanted a cheap airline I would have booked it. I will make sure when booking an Emirates flight if it is code shared with Flydubai I will look for another flight."

Nevýhody: "The flight delayed for 1:40 minuets. The staff changed my seat wich I choosed when I booked."

Nevýhody: "There was non-existent service. No water, no coffee, no snack....no one asking if you needed anything, no warmth from attendants."

Výhody: "The time when we reach Baku good time to check in hotel"
Nevýhody: "4 am is too early you should be in airport at 2 so have to leave home 1.30 so no chance to sleep before"

Výhody: "Cheap"
Nevýhody: "I didn't expect everything to need paying for, even water, considering we spent 6 and half hours in the air with FlyDubai, I had the wrong currency and a non credit card, so even though I was desperate for water I was not aloud one as I couldn't pay for it, the crew just said "sorry", so I went a few hours really uncomfortable"

Výhody: "crew outfits"
Nevýhody: "no entertainment, no food, delays, terrible dubai terminal for 8+ hours- you certainly do not get what you pay for."

Výhody: "the crew outfits"
Nevýhody: "no entertainment, no food, delays, terrible dubai terminal for 8+ hours- you certainly do not get what you pay for."

Nevýhody: "It took too long to board"

Výhody: "Nothing at all."
Nevýhody: "- flight late one hour. - A/C of the plane was too warm. - food too poor and I don’t have a problem with the payment. - cabin crew not helpful at all."

Výhody: "Nice short flight"
Nevýhody: "had to pay for water."

Výhody: "Not much."
Nevýhody: "While boarding a woman was in my window seat and her children were seated beside her. The host asked if i wouldnt mind letting the family sit together.I accepted the request where upon the host suggested a middle seat which i rejeceted and notified him that he just passed by 8 empty seats in business class and since the doors were closed I knew were available. He denied the request, had me stand awkwardly while he checked other peoples tickets for 3 minutes to find a single person who was not seated in their middle seat and was forced to move whereupon i recieved dirty looks for the remainder of the flight and right through baggage claim at our destination. I did Flydubai a favor and gave up my seat for the woman and her family. A hassle free otherwise empty business class seat would have been the appropriate response."

Výhody: "Nothing"
Nevýhody: "The tv didn’t work and the seats were not comfortable at all."

Nevýhody: "You should warn people who are purchasing one ticket from two airlines about flydubai being a different terminal. It caused a great amount of stress to have to go through immigration, get my luggage, exchange money in order to pay for a taxi to get to the other terminal. I barely made my connection. I was not a happy customer yesterday."

Výhody: "Staff was great, food and drinks were good,"

Výhody: "Nothing"
Nevýhody: "I had an emergency and wanted to delay my flight, but they asked me to pay for a penalty that was almost the tickets prices."

Výhody: "Keep it that way"
Nevýhody: "I would like to see keep the way your now all the time thanks much"

Výhody: "The staff was very helpful."
Nevýhody: "It's a pay for what you get kind of airline, but that is to be expected. Overall good."

Výhody: "The crews were great on both legs of the flight. Seating was not too bad. When boarding finally started, it was fast."
Nevýhody: "Both of my flights were delayed, and in both situations no one would tell anyone what was going on. Leaving passengers in the dark about their travels is a terrible experience."

Výhody: "The crews were great on both legs of the flight. Seating was not too bad. When boarding finally started, it was fast."
Nevýhody: "Both of my flights were delayed, and in both situations no one would tell anyone what was going on. Leaving passengers in the dark about their travels is a terrible experience."

Výhody: "This flight though it does not have the reclining/bed seats was such a relief after the previous Emirates flight. The crew were so incredibly nice and helpful."
Nevýhody: "No reclining/sleeper seats in business class."

Výhody: "The crew were very nice and supportive"
Nevýhody: "At the boarding, I was supposed to have an aisle seat, he gave me a middle seat ticket. I didn't realize that except after I'm on the plane. The crew were supportive and managed to fix this"

Výhody: "The only thing that I liked about this flight was the it took off and landed safely."
Nevýhody: "The flight was hot, the attendants were rude, and seemed to feel as though they were burdened a passenger requested something. They did not offer water to anyone (especially elderly people) when the A/C went out. They also lost my bags, and would not deliver them."

Nevýhody: "The plane looked old and dirty. Windows were really oily so I couldn't put my head down."