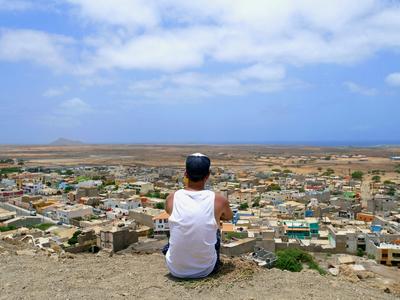 Výhody: "I could not fly. No return ticket on march 23, 2020. Justfly.com did not help me"
Nevýhody: "It is always better to buy tickets through the airline."

Nevýhody: "All seats are uncomfortable on all planes"

Nevýhody: "Seats were atrociously uncomfortable for a 6'1" man. Less than zero leg room due to ridiculously tight row spacing and non-reclining seatbacks. Had to attempt to cram in sideways - resulting in serious pain by the time the flight finally landed. Intercom system, especially from the captain, was painfully grating and loud. Boarding was extremely slow, in part because gate personnel made no effort whatsoever to police and enforce the four-group boarding process (premium - no carry-on - group A - group B). People boarded whenever they felt like it, many carrying on huge backpacks and multiple other pieces. Will definitely avoid TAP in future."

Výhody: "Average friendliness of crew, paying for extra leg room seat is a must"
Nevýhody: "Food with a taste, rather than dull"

Výhody: "Some on crew lovely. Others terrible, bitter people, not at all suited for customer service."
Nevýhody: "Disgusting food. Price gouging for checked baggage. Surly attitudes."

Výhody: "Crew was great and seats had footrests."
Nevýhody: "Very old plane with outdated entertainment system and no power outlets. Had to take bus to plane, we repeatedly lined up for boarding only to have our flight delayed again and again."

Nevýhody: "Waiting in many lines, waiting on and taking bus to plane on tarmac, climbing stairs with luggage in hot sun."

Výhody: "Not much"
Nevýhody: "The offered an upgrade to bid on. I did and was rewarded one for the 4 of us. It turned out that the seats were exactly like every other seat on the plane in size. They did provide free drinks and a well used towel. When you ask to be paid for an upgrade you should be clear what that really is."

Nevýhody: "Not cancelling it"

Výhody: "Cod fish meal was nice! Lots of movie options, and the staff were nice."
Nevýhody: "Foot rests would have been great to have. The boarding process was exhausting. A long line for another passport check (after the immigration check point) and the long bus ride to the aircraft."

Nevýhody: "I fee cheated because it is the first time that I have. to pay for luggage. In their website it states that the basic fare allows in check-in bag. They said to me that there are different categories of basic fare, which is not disclosed in their website. Additionally any seat change cost"

Výhody: "Nothing"
Nevýhody: "Been on schedule."

Výhody: "Great crew. That’s about it."
Nevýhody: "Absolutely horrible business class on the A330-343. Honestly, they should be ashamed of flying this airplane. They have four of these from Singapore Airlines and of course on both flights I was unlucky enough to get stuck with it. The cabin looks horribly outdated, is worn out, and smells."

Výhody: "The crew was kind and the flight ok. They wanted to charge me 120.00 USD for my one bag checked ONE WAY. 240.00 USD round trip for one checked bag!!!!! On their website it clearly states one free checked bag for ALL FLIGHTS xcept “discount” fares. No way to prove I purchased “basic”"
Nevýhody: "They lied. The website does not clearly state that you will be CHARGED FOR CHECKED BAGS. Warning!!"

Výhody: "Scam"
Nevýhody: "Do not sell flight you are not able to manage. Shame"

Výhody: "Would appreciate a voucher for how bad the Flight was. Seriously UAL is using a plane last built in 2004? UAL only cares about taking people’s money not a wonderful flying experience!!!"
Nevýhody: "Everything!"

Výhody: "My eyes were closed and the crew passed by while serving food but did not wake me up. As a traveller I been woken up while food was served or food was kept on the seat tray."
Nevýhody: "Overall the flight was good but I dont know why the crew was like that, and the flight seats ain't comfortable and were to close to each other. I legs wasnt comfortable"

Nevýhody: "The boarding seemed disorganized with a lack of clarity about those with no wheeled luggage allowed in first."

Nevýhody: "Everything was good"

Výhody: "Overall was ok gor a very cheap flight considering it is not a lowcoster."
Nevýhody: "Very incomfortable seats. Hardly reclign, no leg room. I am 5’8” and slim and it was tight."

Výhody: "Service was good and the food was better than average."
Nevýhody: "Paying extra for business class so you can sleep just isn't worth it with TAP. We had an older plane, showing its age, and the seats did not go completely flat. So, I kept slipping down and my feet jammed into the seat in front of me."

Výhody: "I loved how the entertainment was complimentary and there was a wide selection of movies, TV shows and music. I’m used to having one or maybe two movies to choose from but TAP has an entire movie library on the back of each seat. I watched 3 new releases on my 7.5 hour flight. The food was also tasty and I technically had two meals. Great job, TAP!"
Nevýhody: "The only thing that could be improved is the boarding process in the Lisbon airport. The boarding time for the flight was one hour before takeoff and the gate area was too small to hold the total number of people taking the flight. We also didn’t board until 30 min before the flight so passengers were waiting in one big crowd because it was impossible to find a seat or to even form clear lines for boarding."

Výhody: "It was quick."
Nevýhody: "Delayed transport to flight, tiny non-reclining seats. Food offering mediocre and had to flag down flight attendant just to get water they we're giving to everyone but some of us apparently."

Výhody: "The head stewardess was so helpful and nice! I was traveling alone with a 3-month-old baby and was very stressed out. The head stewardess helped me so much, gave me a more comfortable seat, a private place to breastfeed and a bassinet for the baby! She was amazing and I owe her so much for making my experience better. I also received a baby gift package that had a much needed pacifier clip! The flight was also the smoothest flight I've ever had across the Atlantic!"
Nevýhody: "No movie was shown on the shared TV in the first row. Had to only listen to music. Long stressful wait to board."

Výhody: "Crew was friendly and great!"
Nevýhody: "TVs did not work, no sound/frozen on games"

Výhody: "Crew on board efficient and polite. In flight entertainment on a rolling programme of videos played an an user-friendly player and all in 2 languages. Meols - two of them- stable and standard airline fare served quickly and efficiently by crew. Comfy seat with recline and tilt. Blankets and pillows provided as standard."
Nevýhody: "The wait for check in was almost an hour longer tha. Expected and nowhere comfortable to wait. Executive lounge overpriced and meagre without any reclining seats. May as well have saved the money and used the terminal facilities No in flight magazine available to my seat for on board purchases and very little choice off goods on offer."

Nevýhody: "had to pay bag fee, though website said 1 hold bag was included!"

Výhody: "Service, the way the pilot communicated our delay and the food and beverage"

Nevýhody: "The Lisbon airport is very difficult to navigate; signage is poor, and there are not enough staff on the ground. The waiting lines for TAP check-in are outrageous. TAP policy states they allow choosing a seat starting 36 hours of departure, but the poorly designed website let me book seats, and then asked me to pay; at the airport they also told me I had to pay on check-in to choose a seat. Worst of all, at the gate, the waiting area forces all passengers to wait while standing in a big herd - an hour - while police spot check random passenger carry-ons and perform body checks."

Výhody: "They were in such a bad mood!"
Nevýhody: "The captain had fasten seatbelt on because of turbulence. As soon as it came off the crew insisted on doing the service instead of waiting for desperate people to use the restroom. They made everyone sit back down so they could serve sandwiches and drinks. There was plenty of time and they should have waited. The only time the crew smiled was when the flight was over"

Nevýhody: "The seats did not recline. It was impossible to get comfortable enough to sleep any at all, even though it was an overnight flight. It was also the first intercontinental flight I have ever taken which offered no entertainment whatsoever. I really don't understand why TAP used a plane with non-reclining seats for a five-hour overnight flight."

Výhody: "The food in Economy was way better than usual U.S. airline food. Ground staff in Newark were helpful in retrieving a book I left on the plane. Captain had the seat belt sign off early and turned it back on late in descent which allowed people to visit the restrooms. Video entertainment was good."
Nevýhody: "Captain should have made more P.A. announcements during the coast in over Cape Cod to point out areas of interest"

Výhody: "The trip back home to NY from Lisbon was great, flight staff was attentive and courteous, the plane was clean, the entertainment made the time go by fast and the warm blanket and pillow provided a comfortable experience."
Nevýhody: "Unfortunately my girlfriend is a celiac and we forgot to pre-order a gluten free meal, so she had little to no food options for her to eat. The sandwich offered right before landing could be made with gluten free bread or even a corn based tortilla."

Nevýhody: "They cancelled the flight, losted the baggage and couldn't help to resolve the problem. They also lied about the flight they wanted to replace to solve the problem which even didn't exist in their company. So, I will never ever take the flight from this compound again."

Nevýhody: "The sizing device is much smaller than it needs to be for carry on roller bags. My bag was forced to be checked by the ground crew on this Tap flight. My bag is a normal sized carry on bag that has always fit on all flights. There was plenty of space on the aircraft for it. The ground crew also let others on with larger bags so they dont even apply their policy in a consistent manner. I will do my best to avoid TAP from now on."

Výhody: "Movie selection was good."
Nevýhody: "Staff was rude and food was terrible."

Výhody: "The seats were comfortable and already stocked with a pillow and blanket for all. we each had a personal screen stocked with movies, music, games and flight info. at no additional cost and that was great for passing the time during a long flight from Lisbon to NY. The crew was the best part, so pleasant and helpful and professional. We were instructed to close the shades and were allowed to sleep and woken up for the custom form and the great meal which had the option of soda or wine, etc. at no additional cost. The quality of the food was impressive and the salad even came with a packet of real Portuguese olive oil and vinegar. When appropriate we all had to open the shades and drinks were served again and later a small snack of a sandwich and a juice were given all in perfect timing."