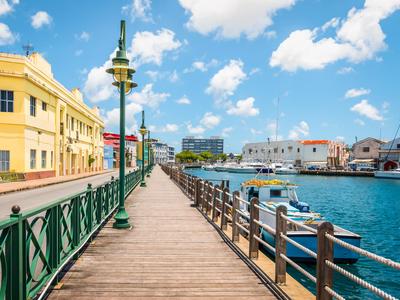 Výhody: "Quick access to the airport and gates"
Nevýhody: "Free food on board"

Nevýhody: "I could not check in online and BA is not available on the kiosk in the airport."

Výhody: "Smooth landing"
Nevýhody: "It was a bit warm"

Výhody: "Crew was great given the circumstances that British Airways had significant systems issue that caused significant delay and missing of connecting flight"
Nevýhody: "Trip was a disaster"

Nevýhody: "LHR made us wait 30+ min upon arrival for a gate."

Výhody: "The crew was great."
Nevýhody: "Seet could be more comfortable."

Výhody: "crew was nice"
Nevýhody: "no air vent in my row. no complimentary food and drinks"

Nevýhody: "Our baby has broken leg with plaster cast and Cathay didn’t deliver our stroller to Hongkong so we had to carry him on the hands whole afternoon...this was unpleasant experience...also when we arrived from HongKong to Denpasar Bali we found that one of our suitcases was damaged broken :/"

Výhody: "Everything was just perfect. Thank you very much!"

Nevýhody: "Computers were working very slow on check in creating huge lines. We were not offered even a tap water for free on this flight."

Výhody: "Seat was comfortable"
Nevýhody: "Crew. Crew was very rude. I understand their day was difficult due to the delay, but it made it worse for passengers, many of whom missed or were about to miss connections"

Výhody: "Flight was fine, staff friendly and caring"
Nevýhody: "Transfer in Heathrow - they dont return your gate checked stroller at gate, they dont have loaners, lines are long and distances huge and with no stroller this is super tiring They dont even give free water or cold drinks on this flight and we were lare late due to air traffic at Heathrow"

Výhody: "The crew was outstanding."

Výhody: "The crew was sick and one lady kept running to the bathroom?!? The plane was old..."

Výhody: "The flight was on time"
Nevýhody: "The airline is very mechanical Customer service in non personal and robotic"

Výhody: "All"
Nevýhody: "Nothing wrong"

Výhody: "Entertainment options were good."
Nevýhody: "Lost my bag. No idea where it was for 48 hours. Staff was ok. Ran out of meal options, took 4 asks to get a glass of wine and by the time I got it, I was done eating."

Výhody: "There was no event happening. This was good :-)"
Nevýhody: "No sodas, no water, no food on this flight. I'm still pissed off."

Výhody: "The staff was friendly and professional, boarding was orderly which was a welcome relief in this day and age. The only saving grace for this flight was the entire crew."
Nevýhody: "Everything except the crew. The airplane interior was ancient and would be better served with Allegiant aircraft and not something that should be on a so called premium route by a once premium company. I would honestly recommend anyone fly Thomas Cook or TUI or even Norwegian before flying British Airways 777s as they are ancient wrecks with no value proposition. I would recommend going by boat before flying British Airways 772. The only time I would recommend flying any of the 772s from British Airways was if walking was your only other choice and even then a nice pair of trainers would probably be more comfortable."

Výhody: "The plane was pretty much empty. There were very small number of passengers."

Výhody: "As always, a great flight."
Nevýhody: "Nothing I can think of."

Nevýhody: "Waited forever for the wheelchair come if they came on time I would of made it to my flight because they took over an hour I missed my connection flight to JFK"

Výhody: "Cabin crew from London to Heathrow was pleasant. Movie choice was good."
Nevýhody: "Ordeal at Heathrow of going miles up and down, taking two transports and having to go through full security again for connecting flight. Checked in 24 hours to connecting flight to London or 30 hours prior actual flight from London. Airline indicated that plane had only one middle seat. Tried to get a better seat at airport, but BA ground crew did not even check and said flight was full. Yet my one of my fellow passengers was able to get window seat without extra pay 3 hours after I was denied. Sardine city for 7 hour flight that turned 8 hours."

Výhody: "The plane"
Nevýhody: "Nothing"

Výhody: "Nothing"
Nevýhody: "It was late We were left on tarmac for 1 hour Service bad Oh yes and it was not even a BA airplane.....it was Qatar Airways .... something I would not travel on out of choice. BA stand for Beyond Awful It is now a budget airline that makes Ryanair look great! Not even an in flight magazine it is simply a skeleton of its former self, the Spaniard has destroyed it Would never travel British Airways again"

Výhody: "The captain kept us aware of the delay and the reasons for the delay."
Nevýhody: "No free food or drink other than water."

Výhody: "The cabin crew were excellent."
Nevýhody: "Almost everything else! The entertainment system had screens that were the size of postage stamps - and bragged that there were 375 selections. Compare with Emirates, a screen 10x the size, much higher quality, and over 3500 selections. The seats had little padding - a mediocre experience from an airline that should be able to do better."

Nevýhody: "A lot of stress: our 1st leg IAD to Dublin was cancelled, than we got 2 set of tickets rebooked. On the way back there was a stress since we had a "problem with the ticket" Apparently the Aer Lingus made all those mistakes."

Výhody: "The crew was caring and we were kept comfortable with blankets, pillows and headphones. The food was good, too, especially the cheesecake!"
Nevýhody: "There was nothing I did not like."

Nevýhody: "We flew with BA from Prague via Heathrow to San Diego on May 30 just day after they started operating normally after computer glitch. From Prague we were on time, When boarding in London started we were told to sit down again claiming Boeing 777 had equipment problem and they were waiting for parts to fix it. Our departure was delayed by 1 hour. Seats in economy class are really cramped so when seats are declined person behind can not eat without banging head into the back rest. Difficult to get in and out of seat as well. Arm rests do not come all the way up so one has to squat to avoid being hit by arm rest. Not very pleasant on 11 hour long flight. Joe"

Nevýhody: "I was annoyed that they charged for soft drinks and water on this flight. There was no entertainment. Just a seat on a plane."

Nevýhody: "The check in process from Prague to London to Dallas was inefficient. Too few agents, minimal direction from the representative guiding the line. Also, there were no food/beverage option unless you paid for them! No coffee etc on a 650a flight unless it was purchased. Ridiculous"

Nevýhody: "Prague to London flight First I was surprised and disappointed to find out there were so many extra fees. They get you to buy the ticket with a cheaper price and then hit you with all the extra fees e.g. choosing a seat, luggage, food, drinks, you will pay for everything except the flight. The second thing is that when I did go to the BA website on 5 different occasions to pay for my luggage and in order to get a cheaper rate for doing it online before check-in, it gave me a message that the site to do it was not working and that I needed to pay for it at the airport check-in. When I went to check-in at the airport the ticket agent seemed annoyed that I had luggage to check in when I hadn't registered it online. When I told her that the site was down and I wasn't able to do it before hand, she showed no sympathy or understanding. Instead she proceeded to charge me for checking my luggage. It was an outrageous amount of over $80 USD. I have never in all my travels around the world been charged for my luggage. I only travel with one carry on and one medium size check luggage because of my extensive travel. I know charging for luggage may be something more airlines will start doing but I did not think that BA would be one of them. I also would have appreciated some compensation for theirsite being down and not being able to get a discount on the fee because I couldn’t check it online. I am extremely disappointed with my BA experience and will never fly with them again. That is unfortunate for them since I am in the process of traveling around the world for the next few years while writing a travel blog and book. I will definitely publish my review and experience in detail, which I am sure will influence my readers and followers."

Nevýhody: "flight delayed over 1.25 hours because we missed our runway time due to being "unable to get a head count" of the people that are on board. This should be embarrassing for BA. And i don't understand how after all the security, boarding pass and passport checks that you do not have an accurate head count of your passangers. Thus I missed my connecting flight and had to wait over 4 hours for another and got a measly 10 Euros as compensation. Also, they don't even give water for free, and a 200ml juice costs 1.5 Euros which a) its bad juice and b) overpriced. All food you now pay extra for, and they didnt even make it in time to the last few rows so even if Id want to purchase something, I couldn't."

Výhody: "I was traveling alone with my baby. Everyone was very helpful"

Výhody: "Stewards were very friendly"
Nevýhody: "Need more opportunities for drinks, water. Did not board the back of the plane first."

Výhody: "Got there in one piece."
Nevýhody: "Nothing."

Výhody: "Don't usually have a chance to fly BA in the USA. The flight crew were professional, courteous, and very friendly. They ALL looked so polished and well groomed. Some USA carriers should take a look. It makes a difference. Even their donning hats and putting on suit jackets on landing made an impression on me. Thanks British Airways."
Nevýhody: "Nothing Wonderful flight"

Nevýhody: "Took 1 1/2 hour to check in at counter. Agent spoke minimal english and directed Czech in one line and all others in another line. even when that line was only 2 or 3 persons and someone walked up only waited 5 minutes our line hardly moved. The agent did not care or understood that a lot of people may miss the flight. We arrived 2.5 hours early and barely made the flight."