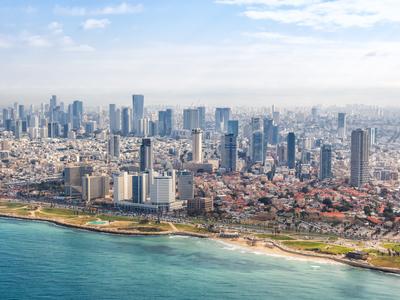 Výhody: "so"
Nevýhody: "Improve comfort in meetings and more space .."

Výhody: "The crow was very nice the flight was good"

Výhody: "Nothing"
Nevýhody: "Everything,flight was delayed an hour and we just had to sit on the plane for the hour with nothing said to us"

Výhody: "The price of the ticket was cheap..."
Nevýhody: "But we paid for it with our luggage. The staff was extremely unhelpful. They sneak up on you with extra charges. Not worth it! Rather use my money for a better flight and be more comfortable. They didn't even have water on the flight that I could have without purchasing."

Výhody: "price"
Nevýhody: "Uncomfortable chairs, late boarding, even then- a lot of waiting. No entertainment."

Nevýhody: "The gate staff did not make it clear where and when passengers with Priority seating should stand in line."

Výhody: "it was 1 hour flight so it was really great"
Nevýhody: "nothing"

Nevýhody: "I came to the airport on 17:30 but The Checkin counter were open too late, after 1800. There was only 1 staff member in the counter. The lines were long and crouded . After we finished our check in and sent the luggage we went to the gate. There they realized that some of the printed bourding passes are not o k. The attendant in the counter did not checked it and sent us to the gate. We had to go back to the counter but the flight was closed already. We called the staff and after all we had to pay 100 euro to the counter to print the correct bourding passes and then to rush to the aircraft. If Ryan air put enough staff in the counters it wouldn’t happen. We almost miss the flight and it caused us a big inconvenous."

Výhody: "That the place reached safetly to its destination"
Nevýhody: "Rome Line to checkin started at the entrance of the airport with no Ground staff attention or clear line marked people were fighting and cutting each other . Check in process approved our luggage for hand cary as we paid for it in advance. In the gate they suddenly decided the luggage was 1 cm larger then agreed, refused to bring a measurement tape and charged us 50 Euro in addition to send the luggae in the plane rather than hand carry. Need less to say that in the flight to Rome our luggage was approved for hand carry so clearly Rome staff were into making money.. Planes were late to take off and 1 hour late to land (that from a total of a 3 hour flight ) although not announced . In summary ground staff experience was awaful and made us decide to not fly with Ryanair air again"

Výhody: "Price - That is All"
Nevýhody: "Delay, Checking, Plane is Old and Seats do not Recline, Children Screamming, etc"

Nevýhody: "Was one of the worst flights I’ve ever taken. No information, no updates, no announcements until 15 minutes after flight was supposed to leave. No ground staff apart from one lady who worked for the airport who was incredibly rude and unhelpful. They loaded the Dublin flight through the same gate we were supposed to be flying from and we’re putting them on buses keeping them there 10 minutes pulling them off the buses, putting them back on the buses. It was an absolute joke. On the flight the cabin crew were slow, again no information at all. Just stood there looking useless and chatting ignoring passenger call lights. We landed in Stansted and they couldn’t open the gate as the ground staff “couldn’t find the key” keeping us on the plane for an extra 10-15 minutes with no AC. Terrible experience would never book Ryanair ever again."

Výhody: "Absolute nothing!"
Nevýhody: "Everything!"

Nevýhody: "An hour delay for take off, we were trapped in the plane"

Nevýhody: "We got the feeling that the price is low but the company will do all it takes to FAIL the customer and make him pay more. For example, the customer must check in online. if not done properly the cost is about 100 euro more, AND the online check in procedure is not working that well, you need to press buttons several times in order for it to work (and I have a good phone), and if you give up in the middle it will cost you. More on that we did a mistake and did not purchase luggage for the way back, when we went to the desk to buy it (after standing more than 2 hours in the check in), we were told to pay 40 euros, where the price is 23 if paid online. we asked to talk to a manager and get the regular price for the suitcase, the cashier said "no problem i can call him, but then you will miss the flight..." and in the meantime there were still lots of people in the check in line... The service is very slow and not pleasant, and the crew always give you the feeling you are not ok. I understand the price is low and this is a lo cost flight, but this should not happen no matter what is the price."

Výhody: "Arrive 5 minutes earlier"
Nevýhody: "The boarding was a mess. We had to wait in the bus for about 40 minutes because the plane was not ready yet. The landing was rough. But I guess it’s okay because it’s very cheap."

Výhody: "Price. Timetable"
Nevýhody: "Seats. The fact they put everyone in a deferent row"

Výhody: "Literally nothing"
Nevýhody: "Delays and lack of clarity and updating"

Výhody: "price, schedule, staff"
Nevýhody: "the inconsistent carry-on bag policy which changed from the time of ticket purchase and forced us to purchase a 'premium' add-on to our ticket in order to be able to take our trollys on board. not professional."

Výhody: "Quick flight, friendly staff and pilot deserves credit for taking off in horrible weather conditions"
Nevýhody: "No fault of the staff but we were an hour late boarding and I missed my connecting bus"

Výhody: "I can't think of a single good thing in that experience"
Nevýhody: "Ryanair acted like a dust Stucker of money. Not only on the way forward they forbidded only flights from Israel (!) to bring any hand luggage at all without purchasing the priority boarding, and people were allowed with a small hand bag only (since the priority tickets finished) , but on the way backwards, after the entire airplane bought the priority ticket, the crew of ryanair acted in such a discriminating way and banned people that exceeded the bag check with less than 2 cm! It seems like the crew were determined to collect at many 50euro fines as possible from the passenger because they insisted very impolitly and brutally to measure each luggage from all possible sides, and even the luggage that fitted, they found excuses to fail them. I've rarely experienced such humiliating vision, especially due to the fact that everyone were forced to purchase the extra priority boarding and you'd expect the company to try and keep the customers, not drive them away. I can just say that with all the fines and extra payments requested by them, the total price of the flight was 100euro more expensive than the price of El AL or alitalia, same timing and with a meal and big suitcase included. All this, without mentioning the bad attitude of the crew and the extreme uncomfortability of the chairs (also purchased, obviously). To summarize, this was a very bad choice, with I will not repeat again."

Nevýhody: "two roads with Ryanair, each time delay of about one hour"

Výhody: "Made me pay 50 euros for a small trolley that was a bit above the requested dimensions though it fits well to the over head bins. Apart from this - nice crew and a pleasent flight"
Nevýhody: "Too tough with measuring the trolkey bag. On the eay from my homeland ww had no challenge with the same bag"

Výhody: "Flight was quick and easy."
Nevýhody: "Boarding process was a little slow."

Výhody: "The crew"
Nevýhody: "The seating arrangements. It seems all the passengers were separated by purpose. No one set with their spouse."

Výhody: "The price was very cheap as I booked half a year ahead. Flight was on time. Boarding was quick and efficient."
Nevýhody: "Not enough room for legs. You have to pay for everything else except for the flight but this is Ryanair and it's understandable."

Výhody: "The crew was nice"
Nevýhody: "The plane was defective and they waited hours to change planes. There was one that we eventually used right next to it. Delayed three hours. The original destination was changed entailing a bus trip of four hours in the middle of the night. There was no one who gave any information on how to find the bus upon arrival."

Výhody: "The crew. And the wheelchair personnel in both Prague and Dublin were outstanding."
Nevýhody: "The one-hour, 50-minute delay. And why are both airports using stairs instead of jet bridges?"

Výhody: "i love ryainair"
Nevýhody: "everything"

Výhody: "Liked absolutely nothing."
Nevýhody: "The staff was rude and took every opportunity to scam more money out of the passengers. I will never recommend Ryanair to anyone. Never have I been so disappointed in a travel experience. I'd rather be dragged off a United plane than ride Ryanair again."

Výhody: "Friendly Staff"
Nevýhody: "We paid for priority boarding and then we're put on a bus and told to stand. When the bus stoped everyone dashed to the entrance and we were one of the last people to get on board."

Výhody: "Flight was smooth, plane was comfortable, staff very nice"
Nevýhody: "I did not appreciate having to obsess for weeks about the luggage restrictions and whether we met them; the fact that we had to arrive with a printed boarding pass in hand. -- when you are traveling that is not easy. The flight turned out to be just fine, but I was expecting to be hit with another charge right up to the moment we got on the plane. Were we just lucky?"